March 22, 2016 -
State Attorney General Recognizes Need for ORC Law - The 'Fight For 20' Presses On
As we kick off the 'Fight for 20' campaign it is important to remember this is going to be more of a marathon than a sprint. The legislators of states without current Organized Retail Crime laws are not blind to the fact that there is an increase in credit card fraud, gift card scams, shoplifting and identity theft; sometimes the wheels of justice just move a little slow.

Recently, I had the pleasure of speaking with the Attorney General from a state which currently does not have an Organized Retail Crime law. Being that he is the Top Law Enforcement official in the state, surely he had more important things to do. To my surprise, our conversation lasted over 30 minutes. The Attorney General acknowledged that he was aware of ORC laws being enacted in several surrounding states, but to his knowledge, there is no current bill in place in his state and no current effort to support such a bill.

The Attorney General shared that several retailers (including Walmart, Home Depot and CVS) all had major Credit Card/Gift Card Fraud cases in the state in the last few months, large enough to get the attention of his office. The Attorney General also shared the fact that a large retailer recently recovered a great deal of merchandise from a local pawn shop, which was paying heroin addicts pennies on the dollar for stolen merchandise. Prior to these types of crimes gaining headlines, he said, "Honestly, we just didn't see the need." The Attorney General stated that his office also recommends sentencing guidelines to the court; and in these cases, he knew that an Organized Retail Crime law would have come into play.

After he told us he needed "more ammo" to present to the state legislator regarding ORC activity in his and surrounding states, The D&D Daily was able to supply him with information for the local ORC Investigators Network and were pleased to add his contact information to The Daily.

It may seem strange to not name the Attorney General or the state, but we are trying to build bridges, not call out states individually that have not moved forward as of yet. This state will move forward with the right information and a little push from The Daily and the Loss Prevention professionals around the country.

Oklahoma: Criminal Justice reforms await Governor's signature
ORC Amendment Not Signed by Republican Governor
Felony Threshold Moved Up to $1,000
Oklahoma Senate sends Criminal Justice measures to Governor Gov. Mary Fallin's desk is the next stop for four criminal justice bills designed to slow the growth of Oklahoma's prison population. The state Senate gave final approval to the measures last Wednesday and sent them to Fallin to be signed into law. Fallin has expressed support for the bills that are intended to ease overcrowding in state prisons. The bills would allow district attorneys to file misdemeanor charges instead of felonies for certain crimes, reduce mandatory sentences for drug offenses, raise the felony threshold to $1,000 for property crimes (HB2751), and expand the number of offenders eligible for drug courts. On Monday, 27,980 inmates were incarcerated in the state's prison system, 112 percent of capacity.

Organized Retail Crime was part of HB2751, but that measure was left on the floor, it was argued that similar laws are already covered under Racketeering statutes. It has been promised that ORC will get another look in 2017. http://webserver1.lsb.state.ok.us/cf_pdf/2015-16 ENR/hB/HB2751 ENR.PDF


Indiana House Rejects Organized Crime Bill
Indiana Representative Gregory Steuerwald (R) had authored House Bill 1363 back in January 2015, after the first reading in the House, the bill has died in Committee. Steuerwald had attempted to make Organized Retail Theft a level 5 Felony. Click here to read the original bill. 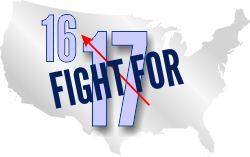 'RICO Bill could save AL consumers hundreds of dollars'
The retail industry is another major target. Criminals traveling the country hitting a specific box store for one item, take the inventory to the port to be shipped overseas, repackaged and sold back to U.S. companies. The profits go overseas. They fund terrorism and organized crime that we have to go back and fight again," Matson said.

In fact, that cost is passed on to Alabama consumers. On average, organized retail crime costs Alabama shoppers about $500 each year.

"It's terribly frustrating when you know there's people that profit off of hurting Alabama," Matson said. "A statute like this is desperately needed."

If the RICO statute passes, a conviction would be guilty of a Class A Felony. wbrc.com

What's going on with the 'Fight For 17'? Find out here.
​We'll bring you the news that you need to know, right now, to make a difference.

Governor Andrew Cuomo today signed legislation that establishes in New York State statute a first-ever definition of "organized retail crime theft." As many of you know, this effort has been years in the making, complete with countless legislative meetings, conferences and many hurdles along the way. Many thanks to those of you who provided valuable input throughout the (long) process. While this is certainly a major win, in our view, we are also looking at this new law as a building block in continuing our efforts to combat instances of organized retail crime throughout New York State.

The law defines "organized retail theft crime" as "the crime of larceny, including by trick, fraud, embezzlement, stealing or false pretenses, of retail merchandise in quantities that would not normally be purchased for personal use or consumption, for the purposes of reselling, trading, or otherwise reentering such retail merchandise in commerce." In addition, the law will allow for prosecution of defendants for criminal actions included in a pattern of offenses related to organized retail crime (ORC) in any contiguous county where at least one offense has occurred. The law goes into effect on November 1, 2016.

Outlook: This measure has been scheduled for a public hearing. Testimony will be accepted at the discretion of the committee Chairman and the meeting will be open to the public. Generally, a measure is heard once in committee and laid-over for a committee deliberation. Votes generally occur during the second committee hearing.

This measure was referred to the Senate Judiciary Committee, chaired by Senator Michael J. McCaffrey (D). The sponsor is a member of the committee of referral.

The sponsor is a member of the majority party. Democrats control both chambers of the Legislature and the Governor's Office.

ORC Bill Passed in New York Assembly; Currently on the Floor Calendar of the New York Senate
Click here to Support this Bill; Comments are welcome.

On March, 28, 2016 Senate Bill S3822A was advanced to Third Reading. It should be noted, that this Bill was amended on the Third Reading back in June of 2015, it's vote reconsidered. Below are listed the Sponsor and Co- Sponsor of the Bill which will enable You to Message the New York State Senator, comments are welcome.

TITLE OF BILL: An act to amend the criminal procedure law, in relation to establishing jurisdiction for organized retail theft crimes

PURPOSE OR GENERAL IDEA OF BILL: To grant jurisdiction in a contiguous county when at least one of the crimes constituting a pattern occurs within that county.

Section Two is the effective date.

JUSTIFICATION:
This bill is part of a package of legislation that seeks to cut down on patterns of criminal activity that rise to the level of "organized retail theft". According to the Federal Bureau of Investigation, organized retail theft costs United States retailers about $30 billion per year.

This legislation amends the penal law to allow crimes falling under the definition of organized retail theft to be prosecuted in any county that is contiguous to another county where at least one alleged offense that is part of the pattern of activity has occurred. Furthermore, the five counties of New York City are deemed contiguous with each other. Under this legislation, one district court would be granted jurisdiction over all criminal offenses, persons, and property that form the pattern of criminal offenses.

These intelligent criminals are well aware of the jurisdictional limitations under our current penal system and avoid committing multiple offenses in the same county to avoid harsher penalties. This bill would give law enforcement officials another tool in curbing organized retail crime.

The measure would prosecute defendants for criminal actions included in a pattern of offenses related to organized retail crime (ORC) in any contiguous county where at least one offense has occurred. The bill would also define "organized retail theft crime" as "the crime of larceny, including by trick, fraud, embezzlement, stealing or false pretenses, of retail merchandise in quantities that would not normally be purchased for personal use or consumption, for the purposes of reselling, trading, or otherwise reentering such retail merchandise in commerce."

The bill passed the Assembly in mid-March and now will be sent to Governor Andrew Cuomo for his consideration. The Retail Council will, of course, submit a letter to the Governor signaling their strong support for the measure. If your company would like to do the same, please consider working with the RCNYS (www.retailcouncilnys.com) in your efforts.

In other loss prevention-specific news, I can report that the Retail Council's direct intervention caused the Assembly Committee on Consumer Affairs to hold legislation that would have established additional requirements for stores attempting to settle civil actions related to larceny prosecutions. This move kills the bill in the Assembly for the remainder of 2016. Many thanks to those who provided specific feedback over the past few days - it was extraordinarily helpful in our efforts to stall the bill in short order.

Congratulations to the Retail Council of New York State and the retailers supporting their efforts!

Support This Bill, Send an Email to: http://www.indianahouserepublicans.com/forms/contact-your-representative/