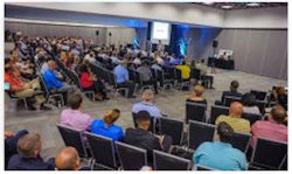 The GRAORCA Retail Crime Conference began with a solemn tribute by the DeKalb County Police Honor Guard and North Georgia Bagpipes to our brave law enforcement officers and loss prevention agents who lost their lives in the line of duty in Georgia this year.

The day was capped off by Colonel Danny McKnight (Ret.), the inspiration for the Academy Award nominated movie “Blackhawk Down”. Colonel McKnight took the crowd through the watershed moments of his military career, culminating in the events of October 1993, with his Ranger battalion’s heroic actions to save their fellow soldiers in Mogadishu, Somalia. The audience was given insight into Colonel McKnight’s key attributes of atrue leader and how they apply to today’s leaders in Loss Prevention and Law Enforcement.

At the conclusion of the 2016 Conference, several lucky attendees left with a prize that had been donated by various retail support partners – some of the prizes included an Ipad, a TV and a Home Video Security system.  Winners from the charity raffle benefiting Care for Cops were also announced, and thanks to everyone’s support of the raffle, a generous donation was given to Care for Cops. With Atlanta traffic building and the day coming to a close, GRAORCA wrapped things up by announcing another $5000 donation to fund the GRAORCA Loss Prevention Scholarship through Kennesaw State University.

GRAORCA would like to thank our Elite Sponsor QMI Inc. as well as all of our sponsors and support partners who made the day possible. The day was dedicated to GRAORCA’s mission of providing training, education, networking and outreach to the communities we serve in the battle against Organized Retail Crime. We’ll see you in 2017!

As the attendees gathered back for the afternoon sessions GRAORCA announced the 2016 Law Enforcement Partner of the Year award. This year’s winner is Investigator J.T. Somers from the Atlanta Police
Department. Investigator Somers played an active role in investigating, partnering, and ultimately resolving a major organized retail crime smash and grab gang that was impacting retailers across metro Atlanta.

The early afternoon general session was highlighted by an inspirational keynote address from Chief Deputy Paul Butler (Ret.) – Horry County, SC, about the importance of “Life’s Lessons in Leadership”. Paul Butler cited examples from his 27 year career in Law Enforcement to challenge each of us to be a leader in our industry.

After a networking lunch, some of the LP Industry’s most influential solutions providers participated in the event’s trade show. A total of 25 solution providers, Community, and Law enforcement booths were set up to meet and greet, and share Organized Retail Crime solutions with the attendees.

At the conclusion of the Opening General Session, all attendees had the choice to attend several informative breakout sessions throughout the day. The Cobb County D.A.’s Office presented in several sessions and played a large role in this year’s event. Topics covered by the Cobb County D.A.’s Office included - RICO case development seminar presented by John Melvin Deputy Chief Asst. D.A., Gang Identification and Awareness presented by Gang Investigator Charly Lyda, Preparing To Testify In Court presented by Jason Marbutt –Sr. Asst. D.A. Other sessions covered topics from Cyber Threat Awareness and Prevention, Secrets of the DarkWeb presented by John Clark from PCI Services, an Investigative Case study on the Diamond Diva presented by Sterling Jewelers, as well as several more. 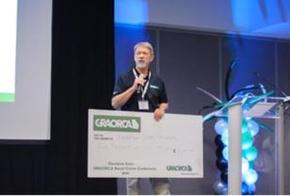 Investigative Reporter Mark Winne from Atlanta’s WSB-TV gave the crowd a warm welcome and talked about the importance of the theme for this year’s event – "The Power of Partnerships". Winne also, with the help of the audience, set the tone for the conference by challenging us to rely on each other and support each other whether we are in the public or private sector.

Chief Deputy Milton Beck from the Cobb County Sheriff’s Office, one of the largest departments in the state of Georgia, wrapped up the opening session and gave everyone in attendance an enlightening look at how successful their department has been in combating Organized Retail Crime through effective data analytics and collaborative efforts with other Law Enforcement agencies and Private Sector partners. Chief Beck also livened up the crowd, by asking everyone to stand up, greet someone that they don’t know – all while pumping the 80’s Classic by C&C Music Factory through the sound system.