The mission of the Organized Retail Crime Association of Idaho is to combat organized retail crime (ORC) through a collaborative effort between law enforcement and retailers in and around the State of Idaho.

In 1989 Law Enforcement in Boise Idaho starting seeing an emerging trend of known career criminals turning from the traditional crime of burglaries, car thefts, and robberies to retail theft and fraud schemes. This is believed to be because of the perception that retail theft could reap monetary rewards without the substantial risk of the other crimes. This perception was true, given that law enforcement, prosecutors, and the courts had not yet understood the scope of this problem. A significant education process was needed to be developed to bring these entities up to speed.

Our first initiative was to bring all of the affected parties together to gain a perspective on the scope of the problem. This included prosecutors, law enforcement, and retail loss prevention personnel. As you can imagine, there was some resistance initially from each discipline to feel free sharing information. These concerns were alleviated when guidelines for information sharing were developed with input from prosecutors and retail loss prevention staff.

We then started to review shoplifting arrest reports to develop trends, patterns, and identify organized theft rings. We were quickly able to determine there were indeed many different rings operating throughout our region, and that retail loss prevention staff had a tremendous amount of intelligence on these groups. We also saw the relationship between narcotic users and retail theft. The problem we found was there was no communication between retail and law enforcement reference these groups.

In order to develop a forum to get all of the parties together to share information, we started holding monthly meetings between law enforcement and loss prevention staff. After getting past the initial hesitancy to share information, these monthly meetings started to gain momentum and became the cornerstone of our information sharing. As we started to develop the link between retail theft and numerous related crimes, other law enforcement agencies and divisions started to understand the value of the intelligence information these loss prevention staff were bringing to the table. These entities now include patrol officers, fraud, property crimes, narcotics and violent crimes investigators. We have all of the major retailers in our region attending these monthly meetings. These meetings and this partnership resulted in thousands of arrests for everything from theft, refund fraud, check and credit card fraud, narcotics activity, assaults, armed robbery, vehicle burglaries and vehicle thefts. We were also able to make arrests of major organized retail crime groups that traveled to Idaho and other cities in the Northwest.

History of the Organized Retail Crime Association of Idaho

In December of 2014, in an effort to take our efforts to the next level, the Organized Retail Crime Association of Idaho (ORCAID) was created by several retailers and law enforcement agencies throughout the state with the intent to fight the rapidly growing rate of ORC. ORCAID has now evolved into a highly efficient coalition dedicated to serving Idaho businesses and communities impacted by ORC through sharing intelligence, photographs, and surveillance video. With the ability to upload suspect and incident information through the ORCAID website, our members are provided with real time alerts to quickly relay critical information to members.

ORCAID has truly grown into a competitive advantage for Law Enforcement and retail alike. As a retailer, you know who that person is and how they are going to steal from you the second they walk in your door. While Law enforcement builds their own cases based on probable cause, they benefit by having current intelligence information about these active criminals.

Since December 2014, members of 26 Law Enforcement agencies and 34 retailers have signed up for the system. We have representation through the entire state of Idaho as well as surrounding states like California, Oregon, Washington, and Utah.

With our website, ORCAID.org, we started seeing results immediately. Unknown theft suspects were being identified in a matter of minutes by other retailers. Stores were recognizing theft suspects from other retailers the second they walk into the store. Traveling ORC groups are being identified and captured more quickly. On 3/30/15, pictures of a suspected traveling credit card fraud group were put into the ORCAID system by a retailer in the Southeastern part of the state. We received word from another retailer of a group that had traveled to another city in South Idaho, a few hours away from Boise. Due to the communication throughout the State, Law Enforcement in the Boise area was ready for the group and apprehended them, along with counterfeit cards and merchandise, later that evening.

The future is definitely bright for ORCAID as we continue to grow. 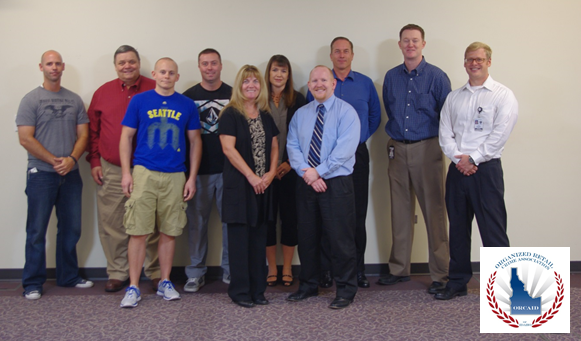