MORCA Makes a Difference in Missouri

The Missouri Information Analysis Center (MIAC), a division of the Missouri State Highway Patrol, houses a website, miacx.org, which contains an information sharing portal for MORCA. Law enforcement and loss prevention members register on the portal for access, members must be approved by their supervisors before they are granted access to the MORCA Portal. Members can share information about incidents, identify suspects, and respond to others posts. The incidents are then published into a daily bulletin, and disseminated to all of the MORCA Members. The bulletin serves as a place where cases are connected, suspects are identified, and information sharing is enhanced. From the information sharing through MORCA, we have had many success stories. Last year, in 2014 we identified 234 suspects. So far this year 815 incidents have been submitted to the MORCA Portal.

In 2014, MORCA added the KCORCC, the Kansas ORC, to the MORCA Portal. This provides them a tool for sharing their information.

Also, in 2014, MORCA was registered with the State of Missouri as a Non-Profit organization. The Board of Directors of MORCA consists of a president, vice president - law enforcement, vice president - loss prevention, secretary, and treasurer. In addition, the state is divided into nine regions and each region is represented by district representatives. As a formal association, the Board of Directors is committed to continuing the cooperation between retail loss prevention professionals and law enforcement to reduce organized retail crime, identify retail offenders and enhance information sharing between retailers and law enforcement. The association is bringing ORC training to Missouri in 2015 and will be seeking other avenues to spread the message about ORC. 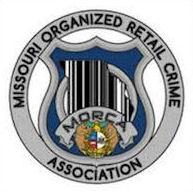