Tyler Bouma, Marion Co. Community Corrections, talked after the breakouts to present the anti-theft programs being implemented with Recycle Force using the funds raised during our silent auction. In closing, the winners of the silent auction items were announced, raising almost $1,000. Overall, the day went very smoothly and the content was very well received.

Thank you to Evan Edwards for submitting this recap to the D&D Daily!​ 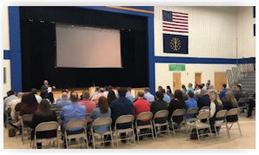 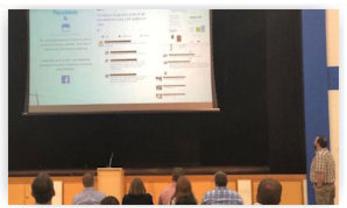 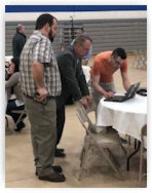 Eric Schlegel of Goodwill kicked off the event by talking about the Excel center which is a tuition-free high school for adults that gives students an opportunity to earn an Indiana Core-40 diploma. Matt Thompson, president of IROCC, provided the attendees with an update of our organization to include census data, successes throughout the year, and information on our sub-committees. Matthew Gerber gave a presentation on a defense attorney’s perspective on ORC, and steps retailers need to take when preparing cases to ensure prosecution. Gerald Reichard (FBI) talked about trends in financial crime and how technology has made financial crime easier than ever. Dr. Richard Hogue gave a presentation on the unarmed response to active shooter and how functional plans have extended beyond the old model of run, hide, fight.​ 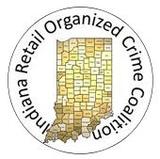 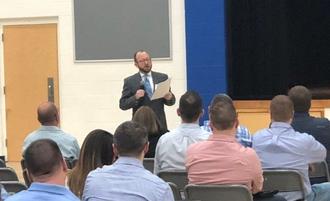 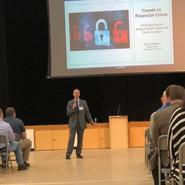 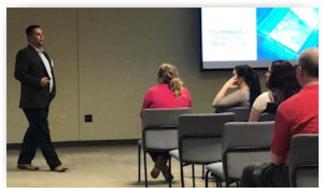 The Indiana Retail Organized Crime Coalition symposium went very well with a turnout of around 100 attendees. The event was hosted by Goodwill at their Excel Center in downtown Indianapolis. There were multiple guest speakers, breakout sessions, lunch provided by Kroger, and a silent charity auction for items contributed by local retailers. Proceeds were donated to Recycle Force to fund evidence-based, anti-theft and cognitive therapy programs for at-risk individuals leaving the jail system.

More pictures from this value-packed event