Alaska Legislator moves forward with Felony Threshold to $1,000; new focus on thefts over $10,000
One of the amendments approved Tuesday night links the felony theft threshold, which the bill proposes to raise to $1,000, to inflation. The felony theft threshold has been a long-running issue in the Legislature because it hadn’t been updated in decades, causing more and more things to fall under a more serious penalty. Legislators like Coghill have sought to update the threshold so it’s more in-line with inflation, but have been opposed by big-box retailers. Coghill successfully shepherded an increase to the limit in 2014 to $750. That year the House, under pressure from retailers, nixed the inflation proofing.It was still a contentious issue on the floor Tuesday. Rep. Les Gara, D-Anchorage, supported adding inflation proofing.

“I think we all agree that a crime should be prosecuted based on what happened. ... You should never punish someone for inflation,” he said, offering an example of someone stealing a grill being a misdemeanor one year but a felony the next. “Over time it becomes a felony just because of inflation. That’s not how you treat people and that’s not you treat the same crime.”

Opponents of the change said the Legislature should reserve the right to adjust it as they see fit and others argued that adding inflation proofing in the budget could be a slippery slope. The amendment initially failed but passed under reconsideration 20-17. Another amendment also increased the financial penalty for serious thefts from $10,000 to $25,000. The House still had a handful of amendments to work through as of press time Tuesday night. They are likely to finish final debate and take up a vote on the bill today. newsminer.com

Retailers and law enforcement officials want lawmakers to amend parts of a 2014 voter initiative that reduced drug possession and some theft crimes to misdemeanors in order to increase penalties for repeated theft on businesses.

The bill is sponsored by the California Grocers Assn., the California Police Chiefs Assn. and Crime Victims United California. If approved by the Legislature, it would have to head to the ballot for approval by voters as it seeks to amend the state Constitution.

The reduction in theft crimes "has emboldened and encouraged a culture among career criminals to participate in coordinated and deliberate acts of repeated theft," Cooper said in a news conference Tuesday. "To put it another way, a repeated offender could steal $950 [worth of] property in one day and come back the next day, and do it again, again and again."

Editor's Note: If you have stores in California you should immediately get your corporate counsel involved and even your CEO to send letters and emails in support of this Bill with a sense of urgency. Find the address of your legislator here. We certainly hope the NRF, RILA, and FMI send letters as well.  latimes.com​ 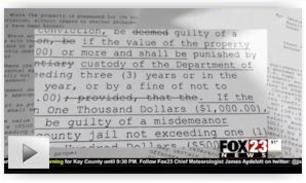 Oklahoma City, OK: A new shoplifting law will raise the felony amount of merchandise to $1,000

Legislators said it will keep non-violent offenders out of jails. Retailers said the change will cause larger thefts from their stores. Retailers and legislators disagree over a law that will change how offenders are charged. HB 2751 was approved in April and will go into effect November 1. The bill raises the amount of merchandise that can be stolen before a theft is considered a felony. Now, if merchandise valued at $500 is stolen, it is considered a felony. The bill will raise that amount to $1,000. State leaders said the change will help with overcrowded jails, because many of those in Oklahoma jails are convicted of non-violent crimes. Retailers, however, said the change will give thieves the opportunity to steal more and hurt their business. Local business owners said they worry the change could cause them trouble. Though the bill goes into effect in November, two state questions that could land the change in the Oklahoma Constitution are on the ballot. If Question 780 and Question 781 are passed, the bill cannot be challenged or changed. fox23.com 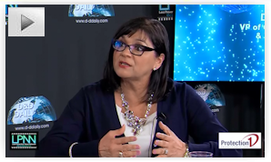 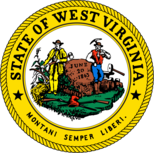 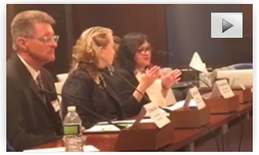 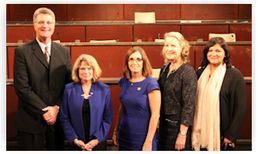 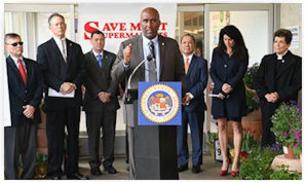 Filmed at our "Live in Philly" at NRF Protect 2016 shoot, Debbie spoke about the unique challenges of active shooter events in retail, sharing the current thinking and best practices to ensure your organization and store teams are prepared.

Gap Inc. became the first Fortune 500 Company to announce that they pay female and male employees equally for equal work in 2014. Debbie Maples, VP of Global Loss Prevention & Corporate Security at Gap, stated, "Gap Inc.'s mission is to advance women in the workplace. We recognize that employees need flexibility to balance work and life responsibilities. Based on our experience with these efforts, the benefits of implementing flexible work programs are undeniable: production turnover dropped by 50%, employee engagement scores improved by 13%, and several hundred thousand dollars in savings were realized by reduced employee turnover costs. At Gap Inc., we know that our business succeeds when everyone has the chance to stand as equals and thrive." house.gov

The latest news on the Legislation front... Call for Action announcements and new legislation needed that will support the Loss Prevention, Security & Retail Industry as a whole. 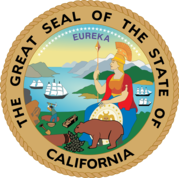 When California voters passed Proposition 47 in 2014, they did it with good intentions. By changing non-violent crimes like theft, forgery, and drug possession from felonies to misdemeanors, voters hoped to focus corrections resources on hardened criminals, while funding crime prevention programs and rehabilitating low-level offenders.

Unfortunately, the reality of Prop. 47 hasn't lined up with the lofty expectations. Career criminals have found loopholes in the law that allow them to avoid facing any serious consequences for their behavior. For example, organized crime groups have exploited the reduced punishments for property crimes, causing that type of offense to spike dramatically.

Shoplifting, in particular, has exploded under the new sentencing rules. While some consider it a minor crime, retail theft has real consequences for its victims. This is especially so for small, locally owned businesses, which already face a razor-thin profit margin. Right now, as long as a shoplifter only steals $950 worth of goods at a time, they cannot be charged with a felony. Organized crime groups have figured this out, sending low-level criminals on multiple shoplifting trips with little fear of a lengthy jail sentence if caught. Business owners have even reported thieves walking in with calculators to ensure they stay under the $950 threshold. In some areas, the situation has gotten so bad that the police have stopped arresting shoplifters because they don't face any jail time.

To fight this, Assemblyman Scott Wilk and I have introduced a bill that would fix Prop. 47, close this loophole, and allow law enforcement to fight organized crime. If this reform is enacted, it would allow prosecutors to charge a shoplifter with a felony if they are found to have stolen more than $950 worth of goods over the course of six months. It would also allow prosecutors to go after growing shoplifting syndicates with conspiracy charges - a charge that carries far more weight than misdemeanor theft.

This bill would not make a felon out of a teenager caught stealing a soda. When voters passed Prop. 47, they were clear they didn't want that. What it would do is give the police and prosecutors the tools they need to fight organized criminals that prey on businesses. It's a common-sense measure that respects the spirit of Prop. 47 while protecting people from sophisticated criminals.  foxandhoundsdaily.com

Debbie Maples, VP of Global LP and Corporate Security for Gap Inc., spoke on Capitol Hill Tuesday at a congressional hearing for the Working Group on Women in the 21st Century Workforce, discussing how the private sector is currently empowering women to overcome barriers to success.

Olympia, WA: State Senate Bill passed to combat ‘Flash Mob’ Theft, defines Organized Retail Theft
A bill before the Legislature would strengthen penalties for those who use electronic communications to conspire to commit retail theft. Senate Bill 5632 passed the state Senate last week on a 27-22 vote. Sen. Steve O’Ban, R-University Place, is the prime sponsor.  Public testimony in the Senate Law and Justice Committee related how people who organize via social media to commit mass robbery have overwhelmed small stores in Washington and other states. In one Federal Way case in August 2014, 40 people robbed a 7-11, resulting in thousands of dollars in losses.

SB 5632 creates an additional definition of the crime of organized retail theft. An individual would be guilty of organized retail theft if he or she participates in the theft of retail property with no fewer than six accomplices, when that property has a cumulative value of at least $750, and the thief makes or receives at least one electronic communication seeking participation in that theft. The first offense would be a gross misdemeanor and any subsequent theft of the type would be a Class C felony. omakchronicle.com