As the high level of robberies persisted in October, it remains to be seen whether the trend will continue on such a steep, upward trajectory. Still, it's abundantly clear that robbery incidents continue to be on the rise.

The same trend is also noticable when observing the number of robberies by quarter, as the graph below shows. 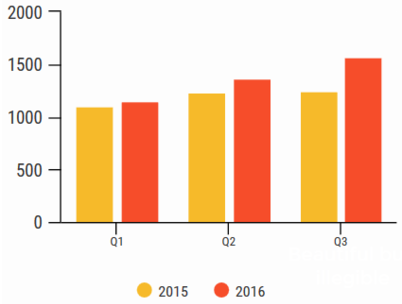 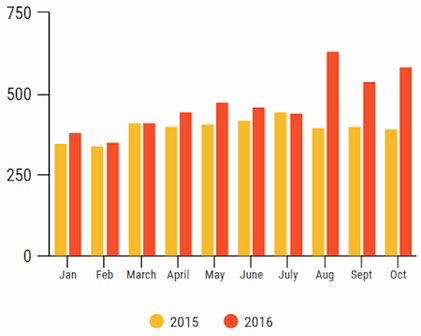 Huge Spike in robberies in October; Months and quarters of 2016 continue to surpass 2015

Q3 Robberies and Burglaries by State

In every month of 2016, the number of reported robberies has surpassed or - in a few cases - is virtually the same as the corresponding month of the previous year. The difference is especially stark over the course of the past several months, starting with a 60 percent spike in the number of August robberies and continuing last month as October robberies jumped by nearly 50 percent.

The graph below shows how each month of this year stacks up against the same month in 2015. It's clear in which direction the numbers are moving.

As the fourth quarter continues, the question going forward is likely not whether the number of robberies will remain higher in the closing months of 2016, but rather how much higher will they be.