Back in 2010, when Organized Retail Crime associations were not nearly as common as they are today – and when the industry was just beginning to band together against booster groups – a small group of investigators from rival companies came together in Sacramento, California to join the effort to take on ORC.

Knowing that together they could achieve so much more, they created the Northern California Organized Retail Crime Association (NCORCA). Lee Frasier, a Founding Board Member for the group, quickly proved himself a leader in the ORC fight in Northern California and beyond, often leading collaborative efforts to shut down fencing locations in the greater Sacramento area.

With the backing of his employer, Walmart, also a strong supporter of industry partnerships to combat Organized Retail Theft, Lee has continued to lead the Northern California retail Loss Prevention community in the ever increasing uphill battle to win against criminal masses. He currently works as a Senior Investigator for Walmart Global Investigations, a company where he has held several LP positions since 2008, including Global Investigator and Senior Asset Protection Investigator. 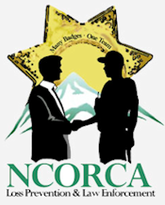 Through Lee’s leadership, NCORCA boasts more than 500 members and recently hosted its 4th annual symposium with several hundred attendees in Roseville, California (read a short recap of the event here). Lee is an inspiring speaker and has presented at several Loss Prevention events and seminars throughout the country.

Those who have worked with him, like Connie Ribble, know him to be an insightful, level-headed leader whose industry knowledge and investigative experience is second to none.

"Lee is our best resource when organizing other retailers to come together to work a case," said Ribble, who is also a NCORCA Board Member.

His dedication to the service of his retail and law enforcement peers have been recognized formally by organizations such as the Roseville City Crime Stoppers, the United States Postal Inspection Service, and the FBI. Lee is not only a founding member of NCORCA, but he is an active participant in ORC associations in other areas of the country as well.

Through his years of tireless leadership in Northern California – and beyond – Lee Frasier has proven himself to be a role model for those in the industry and will likely continue to be for years to come.

For more information on NCORCA, visit the group’s website here.