Despite the setback, Matt remains committed to making ORC legislation a reality in his state. His group also remains highly active, with an executive board and three sub-committees that meet each month. IROCC's next meeting will take place on Dec. 9 and the group will host another symposium in April.

What started as just a paycheck for Matt Thompson turned into a passion which has led him to a successful Loss Prevention career and a commitment to fight Organized Retail Crime.

For more on IROCC, visit indianaroc.org.

For Matt Thompson, taking his first Loss Prevention job with Kmart over two decades ago was a way to make ends meet after graduating with a criminology degree from Indiana State University. But his ability to excel in this role – and each new role he has taken since – made him what he is today: an LP industry leader on the front lines of the ORC effort.

Three years after taking his first job with Kmart, Matt was recruited by a district LP Manager from Lowe’s where he became a Loss Prevention Manager.

"I took the job knowing absolutely nothing about home improvement or Lowe’s," Matt told the Daily. "I had an outstanding store manager who taught me Lowe’s and store operations. The LP part came really easy to me."

Matt joined the company in 1996 and has been there ever since – first as a Loss Prevention Manager, then as an Area LP Manager, and now as Regional LP & Safety Director.

"We have built a solid foundation here in Indiana and we are very proud of what we have been able to accomplish," he said.

But Matt says he and his organization still have one major goal they haven’t yet been able to achieve: Passing an ORC bill in Indiana.

"We have a current ORC bill written and sponsored but it has been shot down twice due to Indiana changing the criminal code in the last two years," he said. "We are still working on education of ORC and finding the right people to advocate so we can get over this hurdle."

One role he is particularly proud of, though, is his leadership position with the Indiana Retail Organized Crime Coalition (IROCC) of which he has served as president for four years.

Since IROCC was established in 2010, Matt says the group has grown substantially.

"We have hosted 4 educational symposiums over the 6 years," he said, "These have been very successful in both educating and networking."

After starting the organization with just a handful of local retailers and a couple police officers, IROCC is now involved with 76 retailers and 35 law enforcement agencies. Under Matt’s leadership, the group’s membership stands at nearly 500 members. He hopes to continue to build the group and eventually tie all Midwest ORC organizations together. 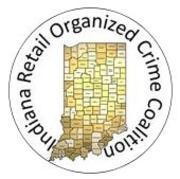