Commissioner Bratton speaking to the LP community at the Daily's 'Live in NYC at the NRF Big Show' event on Jan. 18th.

Commissioner Bratton with Gus Downing,
Publisher and Editor of the  D&D Daily.

While there are so many great people who have played instrumental roles in developing the Organized Retail Crime efforts both in the retail community and in the law enforcement community over the last 10 years, there's one leader who, until recently, has gone by unnoticed. With no one really connecting the dots so to speak in our industry, we just learned about this at our 'Live in NYC at the NRF Big Show' event on January 18th.

As we all know, at the end of the day it takes a true leader who believes in an effort enough to support it with the funding necessary to get it off the ground and help it grow. In the late 2000's that's exactly what NYPD Commissioner William Bratton did as Los Angeles' Police Chief. He is the one leading law enforcement executive who recognized the ORC impact and authorized the funding and support of what became the nation's largest ORC association and conference, the Los Angeles Area Organized Retail Crimes Association (LAAORCA).

Certainly, without the efforts of retired LAPD Detective Kent Oda and retired LAPD Captain Billy Williams leading the charge, LAAORCA would have never developed into what it is today. But without the vision, the support and the funding from Bratton's office it may not have ever even started.

Couple that with the Commissioner's appointment in NYC in 2014 and within months he recognized that same ORC collaborative need and authorized the formation of NYC's first Metro ORC effort, which kicked off shortly afterwards.

NYPD Lt. Tarik Sheppard, who helped roll out the Metro ORC effort said it best: "What we've been able to do here under his leadership has been really unbelievable." "When Bratton took over in 2014, I was given the freedom to collaborate with private industry in ways we had never done before. In just two short years, we have managers and mid level retail staff meeting with executives in the NYPD and other agencies all the time. It's an amazing turnaround in this region and I'm proud to be a part of it."

In his remarks to the LP community at the D&D Daily's dinner event last month, Commissioner Bratton expressed his absolute commitment and support for working with retailers to fight and solve the ORC epidemic. He passionately conveyed his long-term support dating back to his position at the Los Angeles Police Department.

Commissioner Bratton is the only person to ever lead the police agencies of the nation's two largest cities, and his vision and support of public law enforcement's ORC efforts have helped create what is today the largest collaborative effort between law enforcement and the retail Loss Prevention industry in history. Without which no one can say if it would have developed to what it is today. But one fact stands out - Commissioner Bratton is indeed the 'Founding Father of Public Law Enforcement's ORC Efforts', and we all owe him a debt of gratitude. 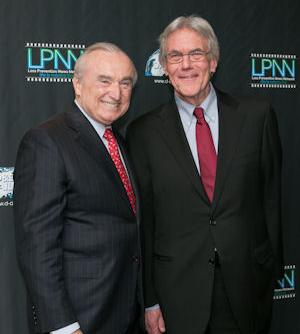