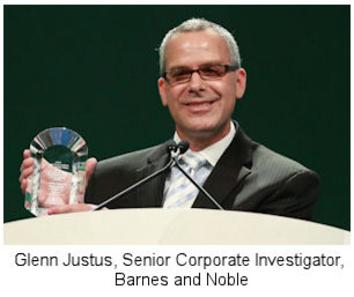 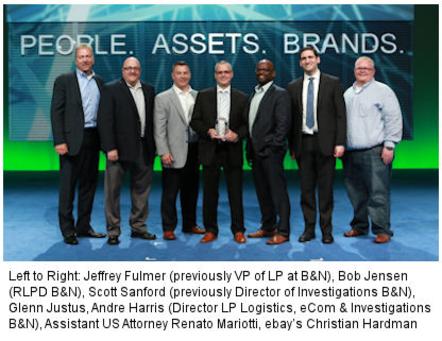 Since 2004, the National Retail Federation (NRF) has been recognizing and honoring the men and women in Law Enforcement and Retail Loss Prevention with annual awards. Over the years, these individuals have made significant contributions in keeping our stores and consumers safe, protecting merchandising and taking criminals off the streets. This Spotlight on Leadership will cover the recipient of the Loss Prevention Case of the Year Award. This award recognizes investigators whose work has made a significant impact on their companies, communities and industry.

This particular case started back in October 2013 when Barnes and Noble's Senior Corporate Investigator Glenn Justus received an incident from a store manager in Nashville, TN reporting the disappearance of the miniature version of the popular American Girl Doll. The manager had stocked the shelf with 50 of the toys and within 30 minutes the shelf was empty. The following day, Justus received a report from one of his Atlanta stores, a four hour drive from Nashville, where 75 dolls went missing in a similar very short period of time.

After reviewing the video at both locations, it appeared to be the same three people at both locations - which would later be identified as a family - father, mother and daughter trio. A pattern was beginning to emerge of what could be organized retail crime. Justus took those images and posted them to a couple of websites dedicated to addressing these types of activities and waited for a response.

Barnes & Noble utilizes ORC Workbench to identify suspect online sellers that often obtain product via fraudulent means (theft, credit fraud, etc.). Using that program, Justus and his team were able to identify two separate eBay accounts in the Chicago market that were selling many of the same items reported stolen. In fact, the accounts in question had been listing and selling items of concern in addition to American Girl Doll to include Lego and Nano Block, both of which are stolen on a frequent basis from Barnes & Noble locations and other retailers. The items were listed for less than retail value and often below costs. Listing fees, sales commissions and shipping all depleted this seller's total profit margin. After factoring in the questionable selling price it was determined these sellers could not have obtained the product legitimately while maintaining a sales profit; indicating the seller was likely engaged in the sale of stolen or otherwise misappropriated merchandise.

In the end, this family of shoplifters who traveled the country was responsible for stealing more than $7 million in merchandise from numerous retailers over the past decade.

Justus credits the quick resolve to this case and the ability to shut down a prolific shoplifting ring with a combination of a strategic and structured approach to identifying and documenting the problem and teamwork.

"Part of my job and that of the team is to be a responsible business partner to the organization," said Justus. "Our mission is to reduce inventory shrink by investigating and solving major retail crimes that are consistent with ORC activities."

When presented the award, Justus responded with the following comments, "this honor was achieved by a dedicated team of LP & LE professionals who successfully convicted three family members responsible for $7M in losses over a ten year period. I would like to recognize the following individuals for their significant contributions to this investigation: Jeff Fulmer, Scott Sanford, Renato Mariotti, Shannon McDowell, Christian Hardman, Bob Jensen, David Thompson, Rod Lewis, B&N Booksellers, Inka Bell, Kevin Williams, my fiancé Sheila Seckler and my son James Justus."

The sellers had listed and sold numerous baby monitors and other items specific to Toys R Us and hundreds of other items representing a cross section of retail at pricing that suggested fraud. The feedback scores, product mix, pricing model and selling categories when combined had many similarities. With assistance from eBay's PROACT division, an investigative profile was created identifying the sellers.

In December of that year, Justus traveled to Chicago to further investigate the individuals identified as possible suspects. After interviewing one of the suspects and gaining that individual's cooperation as a Confidential Informant, Justus was able to gather enough evidence to reach out to the Secret Service and the Assistant U.S. Attorney for the Chicago area and present the case. By March of 2014, the case was brought to closure with the arrest of the father, mother and daughter trio originally caught on tape less than six months ago. The family members were charged with multiple federal charges of interstate transportation of stolen goods, conspiracy and wire fraud resulting in guilty pleas in November 2015.

The Take Down of a $7 Million ORC Family