ORC Meets Its Match
Harrah had been at GAP for several years when he heard some retailers were putting Organized Retail Crime (ORC) teams together. He spearheaded the effort at GAP and, in 2004, was promoted to ORC manager. Harrah started off as a team of one dealing with ORC-related activities, but today his team is fourteen members strong. These ORC professionals are strategically placed around the country and Canada, and the team’s goal is to expand the ORC program into China, the UK, and Mexico in some form.

ORC’s Global Reach
Harrah believes ORC is a global problem. He believes, of course, focus on the illegally imported products such as drugs and counterfeit merchandise is important. But equally important is being aware that many of the products stolen here in the U.S. are being illegally exported. The California highway patrol has a Foreign Export Asset Recovery team (FEAR) that scrutinizes the products leaving our country.

Harrah believes ORC activities are on the rise. International criminals who engage in illegal activities such as human trafficking (also on the rise) impact other sectors. These criminals are well-trained in their home countries. They learn the techniques of changing clothes, altering identities, hiding evidence, forging documents, and evading law enforcement. These learned behaviors also make them good at ORC. Keith White SVP leads a team of 700 loss prevention professionals at GAP. Harrah explains, “We believe having LP agents in our stores is a competitive advantage in any situation, from shoplifting to active shooter incidents.”

Harrah commented on the evolution of the ORC highlighting, back in 2000, a person could count on one hand the retailers that focused on ORC.  But now, everyone at least has a strategy for dealing with ORC whether that means operationally and/or a LP approach. Harrah’s strategy concerning their return policy, for example, was both operational and hands-on. Although GAP has a friendly return policy, GAP no longer accepts personal checks or travelers checks (operational), but because the majority of people attempting illegal returns were violent and threatening, it was necessary to include LP professionals in the company strategy. These actions saved GAP nearly $77 million in one year. Unfortunately, the successful plan has caused these criminals to target other retailers.

Harrah adds, “I am SUPER passionate about teaching these ORC principles to law enforcement! I get calls every week from law enforcement saying thank you for your training. If I had a professional “Wish List,” standardized training for all levels of law enforcement would be at the top of it and having such a program accredited nationally would follow close behind.”

A training highlight for Harrah was in 2008, when his GAP teamed up with Limited Brands and Abercrombie and Fitch to meet with Simon properties and GGP (General Growth Properties). They created detailed ORC training, including videos, for their mall security teams. The follow-up process includes a report every two weeks that identifies the top 25 malls hit by ORC. This information goes to law enforcement and security directors who create action plans that include an undercover team to work the malls and catch the criminals.

National ORC Impact
Harrah’s mentor, Joe LaRocca, has been on Capitol Hill from day one to lobby for resources to counteract ORC. The National Association of Bunco Investigators (NABI) is a national/international group of law enforcement officers that deals with professional shoplifters, criminal gypsies, and scam artists. The mission of this organization is to slow down the impact of transitory criminals.

At GAP, we have signed up to attend all the regional ORC conferences, Harrah explains. Each one is unique and adds major value to the conversation. But a national ORC organization might be able to connect everyone in a more systemic way. Some fear that there will be too many cooks in the kitchen; others say regional organizations might be the answer to the connectivity issue. Harrah thinks the best case scenario would be to have one national association where all of the regional ORCA’s would feed their intelligence.

New Trends in the ORC World
Criminals have become more sophisticated, Harrah says. They are smart and dress to fit in. They can get in and out of the mall in 5 minutes and use lots of counter surveillance, including vehicles circling the parking lots staking out law enforcement. Criminals seem to have unlimited travel budgets and are going to remote markets where LP resources are scarce. On the law enforcement side, they are now doing courthouse surveillances.  Harrah reports they go to their offenders’ court hearings in plain clothes and follow them from court to their fencing operations to uncover other perpetrators. Harrah reminds others, GAP is an open book from which the industry can learn to combat this ORC issue. Harrah’s team provides comprehensive training to a diverse audience.  If more retailers moved toward prosecution, Harrah believes there would be better results in curtailing ORC activity.  For a variety of reasons, many retailers do not file police reports or prosecute ORC actors and the bad guys know this.  They intentionally target these businesses

Harrah is still worried about the safety aspect of ORC. He explains, “When we’re working, we’re in plain clothes and we rarely make the arrests ourselves because it’s just not safe. However, there is always the risk that the bad guys will see you before you see them.” The majority of our operations include undercover law enforcement.  Major mall operations have included local PD, USSS, FBI, Postal Inspectors and District Attorney Investigators.

If he could be granted one wish, Harrah would love to have more federal attention on the ORC problem. More federal laws would provide much more of a deterrence for the criminal activity. Harrah closed with a profound statement, “We’re never going to ‘catch’ our way out of ORC.”

The D&D Daily and the Calibration Group thanks Nelson Harrah for his dedication to take on  ORC and his continued zeal to help other organizations do the same.

An Interview with Nelson Harrah, Director of ORC, Gap Inc.
- By Amber Bradley


Nelson Harrah, GAP, Inc.’s Director of Organized Retail Crime (ORC) for the past 11 years is very proud of his team! This Loss Prevention Professional and his team have routinely dealt with violent habitual offenders to sophisticated ORC organizations, but what he is most proud of is the ORC training that he and his team have been able to provide for law enforcement.

Humble Beginnings
Harrah says he was the typical college student and didn’t know what he wanted to do when he graduated. While in college he worked part time in the local juvenile hall. One day he ran into someone who was working undercover in Loss Prevention and this glimpse into the LP world fascinated Harrah. Although still a college student, he applied to one of the department stores in town and secured a job in security. Within a year he was promoted. Soon he began moving around to different department stores and discount retail outlets. Eventually his LP career took him to GAP. 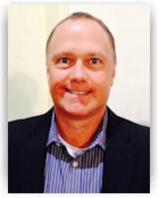