Ice in His Veins ... Literally 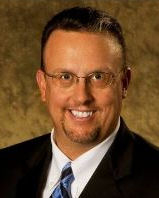 If you ask John Matas what has taught him the most about leadership, he'll tell you ice hockey, specifically coaching ice hockey at different levels. John has coached high school ice hockey for more than 18 years; the man has ice in his veins, literally. It seems that quality makes him a perfect candidate for becoming one of the nation's leading voices on asset protection, investigations and tackling organized retail crime.

Dramatic Changes
John Matas, CFE, CFI, has been Vice President Asset Protection/Investigations & ORC (Organized Retail Crime) at Macy's, Inc. since 2009. He also deals with asset protection and employee theft in Macy's more than 700 stores. With over 30 years of experience in the security field, John has been described as an energetic, smart, and inspiring leader.

Always eager to speak out about the state of ORC and ORC activists today, John says ORC isn't a new phenomenon. But, he says, he has seen dramatic changes in the "techniques" used by organized criminals over the past few years. He contributes these changes to the expanded ability of ORC operator's access to omni-channel commerce and the continued ability to fence merchandise easily and anonymously.

Cat and Mouse
John admits that all retailers face a "constantly evolving environment" as they try to not only service, but also protect, their customers. Organized crime rings today include cybercrime, fraudulent gift cards and credit cards, identity theft, website hacking, even the use of robots that continually enter account numbers into computers until they find ones that work. "The availability and expertise of the technical resources available to the criminal community is amazing. It's a never-ending game of cat and mouse," says John.

The LP professional has a tough job staying ahead of the bad guys. John points out that it is very important to stay relevant in this ever-changing field. Security personnel must understand the new computing and network technology and try to use reverse engineering in order stay one step ahead of the criminals. In the long run, developing offensive maneuvers gets much better results than reacting defensively.

John warns that without resources and legislation, the future growth of ORC activities will be detrimental to the retail sector. ORC's reach is growing rapidly. "It is not just a bunch of shoplifters hitting retailers. These criminals are part of individual conspiracy operations that use retailers as their means for theft, fraud, counterfeiting, and money laundering activities." John believes that the negative impact of ORC is under-calculated, citing that industry numbers are reported based on participating retailers' feedback. "What about all those retailers that aren't reporting theft loss, especially the types of loss not typically associated with ORC such as fraud, brand counterfeiting, cyber activity, identity theft, etc.?" he asks.

"Past cyber-breach of some major companies, though underrepresented in the reported numbers, need to be included in the overall ORC impact since the loss of customer data will inevitably be used as a vehicle for fraud. The retail industry represents about 25% of the nation's workforce and the nominal Gross Domestic Product. Do the math, but who would have thought that close to a full percentage point of our annual GDP is lost to the ORC phenomena." says John. He adds federal and local law enforcement struggle with the cost to investigate and prosecute ORC activity when compared to other types of crimes.

John's Wish List
John believes the damage to reputations/brands and the loss of dollars have significant implications for retail organizations. There are actions that can be taken to address the problems associated with ORC and its far-reaching arms of criminal activity. John Matas has a wish list of actions he would like to see taken regarding ORC.

Working ORC investigations at the state level is not enough. He points out, for example, that New York and California do not have ORC legislation passed. In some areas, discussions and actions are taking place only at the regional level. There really needs to be concerted effort at the national level.

John and Chris DeSantis, his Director of ORC at Macy's, are at the forefront of retail efforts to fend off and prosecute ORC operations and operators. John loves what he does and urges others who have a passion for investigations to learn about ORC and get active in identifying and deterring ORC activities. Training and experience are great teachers. He suggests that those entering the loss prevention field should find a mentor who can help them better understand the leadership impact their jobs have within each retailer. "Calculating the myriad of ORC and collecting counterintelligence in the marketplace through collaboration, legislation and technology are the tools we continue to develop in retailer efforts to attack ORC," says John.