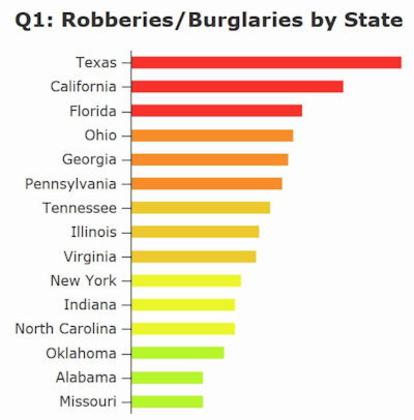 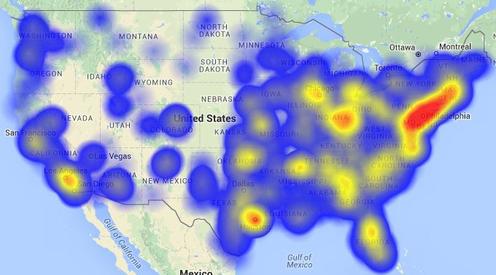 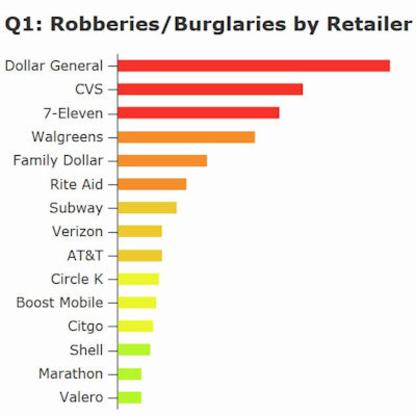 In the first quarter of 2016, the D&D Daily reported a total of 1,151 robberies and burglaries across the United States. After analyzing these cases and breaking them down into three categories, we can observe where the hot spots are in terms of which cities, states and retailers see the most incidents.

The Q1 robberies and burglaries report is a data driven, detailed audit of all publicly reported incidents at U.S. retailers

For a geographic picture of where the
hot spots are for burglaries and robberies in the United States, the Daily generated a heat map illustration, which you can see pictured to the left.

Through the first quarter, the cities with the greatest number of incidents were Houston, Texas (23), Memphis, Tennessee (20), and Tulsa, Oklahoma (14). See the extended list of the top 15 cities in this graph 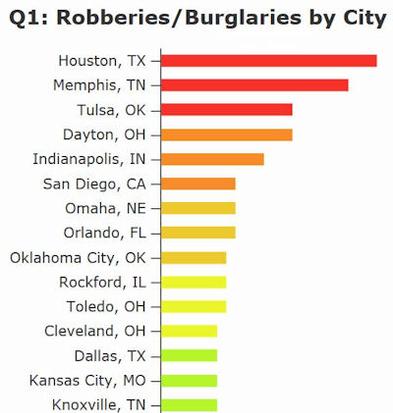