NEW YORK - Assemblyman Michael Cusick, Update from Albany, Summer 2015:
Combating Organized Retail Theft: Assemblyman Cusick authored legislation which combats the growing problem of organized retail theft. These crime rings, often involving stolen and repackaged goods that are sold back into the marketplace without their original code or expiration dates, have become exceptionally sophisticated. Our outdated penal law has allowed many of the individuals involved to escape prosecution. Frequent targets include infant formula, baby food and high-priced food items like steak and shrimp which are mis-labeled and re-packaged in unsanitary warehouses. Assemblyman Cusick’s legislation addresses this problem head on, allowing for all charges in any contiguous counties where the activity took place to be brought against the accused in one criminal court, rather than separate, smaller cases in each county where portions of the criminal activity took place. (A.6503-A/S.3822-A)

34 states currently have ORC state laws. Below are links to each state's legislation and the year the law was enacted. 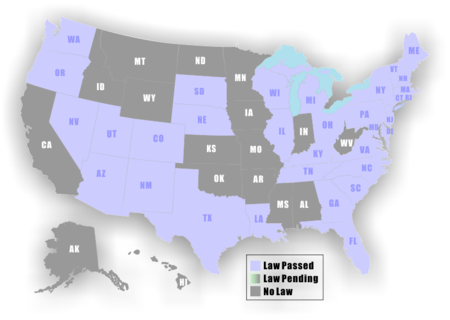